東臺灣的拓殖先驅—被遺忘的平埔族群
The pioneers of Eastern Taiwan – the forgotten Pingpu tribes 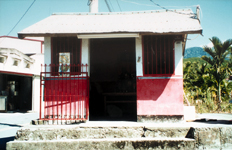 Local government office resembling a shrine to a local deity.

Eastern Taiwan is a region scattered with many ethnic groups, but whether Han or Aboriginal, none of these groups are truly “original” inhabitants. Rather, all moved into the area at different times, because of different needs. They lived through great challenges and conflicts to which they reacted, and which they adjusted to, and they became the inhabitants of Eastern Taiwan, establishing a rich and diverse culture in this land. This week’s Window on Taiwan is written by Jih-Daw Pan, a graduate student at Academia Sinica’s Institute of History. He introduces the two relatively silent and marginalized tribes, the Kavalan and the Siraya, their wanderings, and the changes in their culture, and clarifies and outlines their ethnological characteristics and cultural domains.

1. The many ethnic groups of Eastern Taiwan

From ancient times, Eastern Taiwan has been a region of many ethnic groups. In addition to the Han Chinese, represented mainly by Min and Hakka groups, Aboriginal tribes including the Truku (or Toroko), who are an eastern Atayal group also called the Sedeq, the Sakiraya, the Ami, the Bunun, the Puyuma (or Panapanayan), the Paiwan, the Rukai and the Tao (previously called the Yami). But in fact, apart from these tribes, there are other, hidden tribes living in Eastern Taiwan: the Pingpu tribes. In the tide of Han sinicization, they gradually became tainted by Han customs and practices, and were directly affected by Han modes of thought, until they finally became invisible. They are the pioneers who developed Eastern Taiwan – the Kavalan and the Siraya peoples. 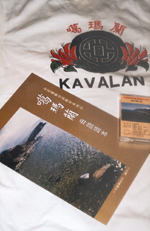 2. “The people of the plains” – the Kavalan tribe

The Kavalan were originally scattered over the Lanyang Plain, one of the last Pingpu tribes to be sinicized. In the Kavalan language, their name means “the people of the plains.” They split their time between agriculture and sacrificial ceremonies, fishing with spears and nets, and hunting wild animals. They feared spirits, and were later used by the Han people to bury their dead, and even build tombs, leaving them with no choice but to move to another area.

They were a matrilineal society, and in their system of name-giving, the son took the last name of his father as his first name, then passed on his last name to his son, and so on. It was the norm for a newly-wed man to move into the household of his wife’s parents. At the beginning of the new year, they held the Palilin ceremony to worship their ancestors and pray for benefaction. After 1796, thanks to Wu Sha and other Han developers, the land was gradually taken and occupied, and on top of this, the Western Pingpu tribes moved in, all of which constituted a serious invasion and occupation of their living space. As a result, in 1840, the tribe moved to the mouth of the Meilun river in what is now Hualien City. They had already encroached upon the Sakiraya people’s fishing areas, which led to armed conflict, and this in turn left the Kavalan people with no choice but to moved northwards, and they settled in what is now Chiali Village in Hsincheng Township. Of the migrants at this time, the Karewan Community (now Chihsin Community in Wuchieh Township) had the greatest population, and so they established themselves as a new tribe by giving new names, and they called themselves “Karewana.”

Later on, because the major area of development was close to Karewan, and because they cultivated their rice in low wetlands, different from the methods of the Sakiraya, who practiced shifting cultivation and planted millet on dry land, and because their customs and languages were close, and the pressure resulting from encroachment by the Taroko tribe from nearby mountain regions made the Karewana and Sakiraya get along, and they made an alliance. As their populations increased, they gradually split into six communities. During the reign of the Qing Emperor Tongzhi (1862 – 1874), they overrode the Ami and Taroko tribes, and took possession of the Chilai Plain. But the “opening of the mountains and pacifying of the barbarians” which took place after the Mudan Incident of 1871 brought changes to their lives.

In the fourth year of the Guangxu Emperor (1878), Chen Hui-huang used his status as an official military man to carry out a great swindle, and extorted money from the Karewana; in addition to this, the Qing army rode roughshod over them and raped the women, and so they united with the Sakiraya to resist the Qing together. But ultimately they were hopelessly outnumbered, and the Qing army had the advantage of firepower, and at the beginning of September the Aboriginals surrendered. Afterwards, apart from executing the leaders of the rebellion, Commander Wu Guang-liang decided to resettle the Karewana in certain locations. At the same time, he drew clear boundary lines between Han and Aboriginal peoples. After this battle, some of the Karewana moved to the long valley between Hualien and Taitung (the Huatung Valley), and the eastern seacoast, where they regrouped the strength of the Aboriginals of the Chilai Plain.

3. The “Old People” — early settlers who were unwilling  to be classed as inferior — the Siraya Tribe

In the middle section of the Huatung Valley live many descendents of early settlers. Their skin is dark, their facial features similar to those of other Aboriginals, but they speak Min dialect (Hokkien). After many years of sinicization, they were used to the Han people’s ways of thinking, and didn’t like to be called Pingpu Aboriginals, or “cooked” Aboriginals. So they called themselves simply “people” and said that they were the “Old People” who had come to Taiwan earlier than the Han Chinese. These early settlers originally lived in the plains and the borders of the mountain regions of Southern Taiwan, and were originally of the Siraya Tribe. The Siraya can be further divided into three branch tribes, the Siraya, the Taivoan and the Makattao. 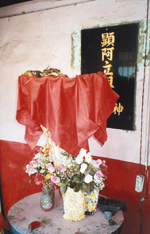 The ancestors of the Siraya people were the first to have contact with Dutch and early Han Chinese settlers, and so they experienced loss of their land and the pressures of ethnic strife earlier than did other Aboriginal tribes. They subsisted mainly on agriculture, but supplemented their diet with game, and marked the passing of time by changes in the seasons and the ripening of cereal crops. Their villages were compact and concentrated, and their non-intensive method of farming production was slash-and-burn. They let the land lie fallow so that it could recover its productivity, and were careful not to hunt deer to excess.

As a matrilineal society, they valued women over men, and inheritance was passed from mother to daughter. In the ninth year of the Daoguang Emperor (1829), they moved from the areas of Likang and Pingtung to Peinan, an area in the mountains. To start with, they hoped to use oxen and swine to barter with the Puyuma tribe for land, but after the Puyuma received their part of the bargain, they were unwilling to share land with the Siraya on a permanent basis, and even went so far as to contaminate their drinking water with animal excrement. Because the Siraya were not as powerful as the Puyuma, they had no choice but to endure this. Nine years later, they moved northwards to Changliangli, in the modern-day township of Yuli (Hualien County), and they named their village “Tachuang.”

For the first three years, their crops did not grow well, and consequently the tribal elders took their oxen and swine to exchange with the Bunun tribe for food and an agreement for peaceful relations. Because they had heard that there were paths in the mountains that led to Laonung Creek, they decided to send several intrepid envoys ahead to ask the tribes that lived there if it would be alright for the Siraya to come and develop the land there. At that time, the Siraya had been getting along very badly with the Ami tribe in the east, and so they had been intermarrying with the Puyuma tribe. They combined forces to drive the Ami away, and then moved to what is today Tungli Village in Fuli Township, changing the name to “Tachuang,” but called the old settlement “Chiuchuang” (“old place”). As the population increased and more and more people from the tribe moved into the area, they became a powerful tribe in the central region of the Huatung Valley. Others from the tribe moved to the east coast. In October of the seventh year of the Guangxu Emperor (1881), a river close to Tachuang burst its banks, destroying their homestead, and forcing some of the tribe to scatter in all directions, but an unexpected result of this was to extend the region of their activities.

After the Kavalan people moved to the east coast in 1878, to places such as Hsinshe, Liteh, Shihti, Changyuen, because of the remote and secluded location, the proximity to each other in which the Kavalan people lived, and the considerable strength of the local Ami tribe, the Kavalan found, to their surprise, that they were actually able to retain their own language and customs, but as sinicization of the Karewan region gathered speeded, Chinese-style temples filled with incense burners sprang up in old aboriginal societies.

Under Japanese rule, the “Old People” suffered from natural disaster, in the shape of a plague of locusts, but military suppression from government forces had already abated. During the Japanese movement to make the people of Taiwan subjects of the Japanese emperor, the “Old People” saw their family religion, the “A-Li Ancestor Belief,” banned, but some of them continued to worship in secret. After retrocession, the “Old People” became increasingly sinicized, and some of them felt that this belief was too much trouble, and abandoned it. Today there are still some “local government offices” in Tungli Village (the name for these buildings, “gunghsieh,” derives from the word for government offices, but these were actually public spaces where sacrificial ceremonies were held). The traditional sacrificial ceremonies, however, have already been forgotten. In places such as the Hotung region of Yuli Township, in Fuli, Chihshang, Kuanshan and Changpin Townships, you can still see these people with their dark skins, but you’ll rarely hear any of them admit that they are from the Pingpu tribes. I truly hope that these descendents of the Pingpu peoples can wake up and find the confidence once again to identify with their ethnicity and culture, instead of falling silent amid the roaring torrent of sinicization.